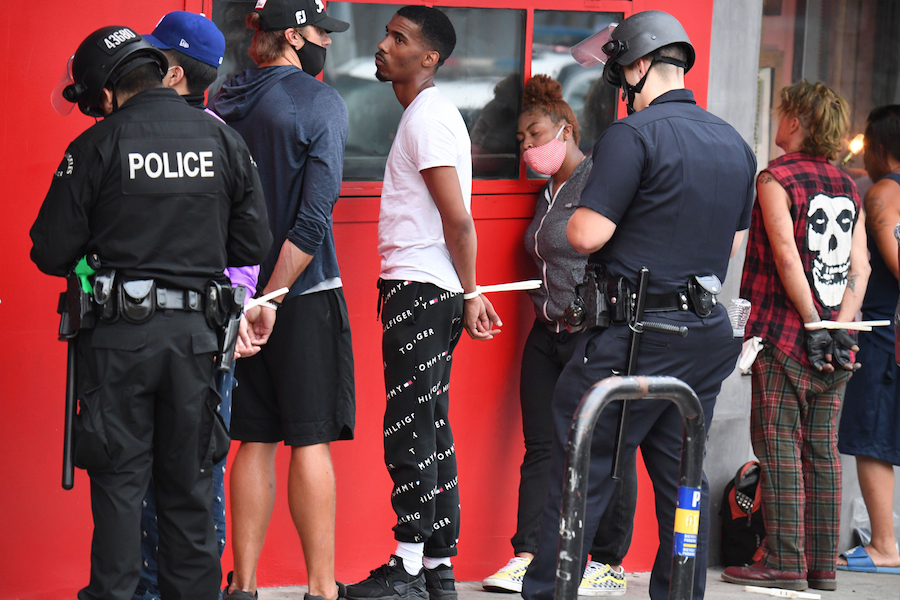 People have donated millions of dollars to U.S. bail funds in the wake of the George Floyd protests.

As protests over racial injustice and police brutality rage across the United States, many concerned citizens and celebrities are donating to bail funds in response. In one city after another, thousands have vented outrage in sometimes violent clashes over the May 25 death of George Floyd, a black man shown on video saying “I can’t breathe” as a white Minneapolis policeman knelt on his neck.

Celebrities such as model Chrissy Teigen and actor Steve Carell have pledged on Twitter to donate to bail funds for demonstrators, and links to some of the popular ones – such as the Minnesota Freedom Fund – have circulated widely on social media. Here is some information about bail funds and what they do:

Cash bail is an amount of money set by a judge or prosecutor that someone must pay to be provisionally released from jail after being arrested and accused of a crime. If the person cannot pay bail, they will remain behind bars while awaiting trial, sometimes for months or years. The money is meant to act as a security to ensure that if the person is released, they will appear for their court date at a later time.

Amounts of bail price vary, but it can be a lot. One California report showed recommended bail amounts for people charged with minor crimes such as “disturbing the peace” ranged from $100 to $10,000. About 2.5 million people each year are locked in pretrial detention in the United States, without having been convicted of anything, often because they cannot afford bail.

“The bail system in America creates a two-tiered system of justice, one for the rich and one for everybody else,” said Robin Steinberg, founder of The Bail Project, a national legal justice organisation. Bail is meant to be affordable, but it is often set at unaffordable amounts, particularly for people of colour and marginalised communities, said Steinberg. One study showed bail amounts for the same crime were set 35% higher for black men than for white men. People who cannot afford bail are also more likely to be convicted, with sentences that are two to three times longer.

More than 9,000 people have been arrested in the ongoing U.S. protests, according to news reports. In some cases they will have to pay bail, depending on what they are accused of and where, said Steinberg. “There is a risk that people who have been peacefully protesting out there are going to get brought into custody and cash bail is going to be set, and people from low-income families and marginalised communities won’t be able to make that cash bail,” she told the Thomson Reuters Foundation. “That’s where bail funds can step in and be impactful.”

How do bail funds help? Simply put, they pay bail for people who can’t afford it. Studies have shown that when bail is paid, the overwhelming majority of people return for their trials and have better case outcomes. Cash bail is returned at the end of a case when a person has made all the court appearances, and bail funds can re-use it to help other clients. Small bail funds that have struggled to get attention said they have seen an overwhelming amount of support in the last week. The Minnesota Freedom Fund had raised $20 million by Saturday and started suggesting that people donate elsewhere. The Brooklyn Community Bail Fund also said it had received a surge of donations and that the need for demonstration bail had been met.

Bail funds are great for providing an immediate lifeline to people in need, but they don’t solve the broader problems in the U.S. justice system, said Steinberg of The Bail Project. “Bail funds aren’t a solution to the cash bail problem in this country. That’s a much bigger systemic change that has to happen,” she said. “If people want to give at this moment… they should give to organisations that are focusing on any aspect of the criminal legal system that is going to work for progressive change.”