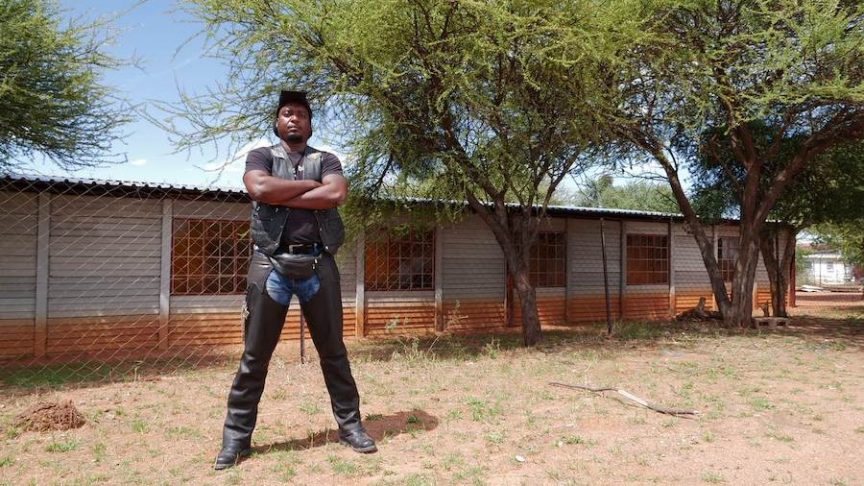 Heavy metal bands from Botswana say COVID-19 forced them to increase their digital presence – a switch that brought unexpected gains.

Tshomarelo “Vulture” Mosaka used to think connecting with his leather-clad fans could only ever happen as he growled lyrics at one of Botswana’s underground heavy metal concerts – until the pandemic forced him to rock out online instead.

As well as keeping Mosaka’s band Overthrust in touch with fans during lockdown, going digital helped heavy metal bands like them find new audiences abroad and unexpected financial support as donations started pouring in – from cash to guitar strings.

“Someone even sent a fan because they could see we were sweating … others sent me money when I was in a car accident to help cover the costs,” said Mosaka, 36, adjusting his leather cowboy hat at a cafe in Gaborone, the capital.

“We’ve been underground for very long, but now we want people to know about us,” said Mosaka, whose Facebook Live streams of local bands including his own have drawn thousands of viewers as far as Malaysia, Germany and the United States.

The small, southern African country is typically known for its diamonds and game parks, less so for its heavy metal scene, and limited income from gigs means most Batswana musicians have to maintain a day job. Mosaka, who has two children, also works as a security guard and a heavy metal concert organiser.

Despite low rates of internet access and high data costs across the continent, many African musicians, comedians and artists have boosted their online presence during COVID-19 to forge links with fans and potential backers overseas. “We’re trying to build the scene in Africa, from Angola to Namibia and South Africa,” said Mosaka. “If we’re united here we can be exposed outside,” he said, adding that he was hopeful the heavy metal bands would soon be invited to more international metal festivals.

Heavy metal became popular in the late 1960s, mainly in the United States and Britain, gaining traction a decade later with Batswana rockers – or Marok as they are known. Some Marok say tourists bought in some of the first heavy metal records and CDs.

Now – Marok are quite well known in the country of 2.5 million people, largely for their leather attire in the blistering Botswana heat, their decorative chains, animal bones and studs used to mark their heavy metal admiration.

While rumours were once rife that the metal fans were vampires or criminals, they say such negative stereotypes are slowly dissolving as more women join their ranks and their charity work becomes better known.

One group – known as the Humanitarians – sing and post online about human rights issues such as homelessness and albinism.

“There was this message going around that rockers are the devil, but actually we spread the message of humanity and love,” said Martin Beats, one of the band members from their small recording studio in Lobatse village outside the capital.

Mosaka and his band have helped organise an annual heavy metal concert in Ghanzi, a town in the west of Botswana, called the Overthrust Winter Metal Mania Charity Fest since 2010, with 40% of profits donated to local charities.

It is also a space where women feel they can defy traditional gender roles and speak out against high rates of gender violence against women.

“I stand up as a woman, no man can try me,” said veteran rocker who goes by the pseudonym Siera Madrid, 49, outside her home in Gaborone, donning a metal chain around her neck, leather boots and a black head scarf.

“We are called Queens and we are treated as such,” said the former law enforcement official, adding that many metal musicians and fans are police officers, soldiers and even priests.

Despite the positives of rocking out online during the pandemic, Marok members lament the fact that more than half of Botswana’s people do not have internet access and that many foreigners have no idea where the country is.

“There is a talent for metal here but many people don’t even know where Botswana is,” said 38-year-old Nikki Mokalake, a metal fan from a village an hour outside Gaborone.

Many of the instruments they use are unavailable in Botswana, said Mosaka, adding that it can take band members three to four years to save up enough money to import them. Last year’s lockdown was a particularly hard time, said Beats.

“It was tough … but the online videos lifted our spirits,” he said, adding that one of his band’s videos reached nearly half a million people and their Facebook followers grew from 700 to nearly 6,000.

Mosaka stopped by at a metal workshop in Gaborone where a fellow rocker who goes by the name King Taker works, welding beneath a large skull he erected above his workshop to let other metal fans know they are welcome. “Lockdown was brutal,” he said, adjusting his black face mask bearing a white skull and crossbones.

“But bands like Overthrust fought to make it through … the metalheads in rural areas and fans across the world connected, the internet put us on the map where we belong,” he said.