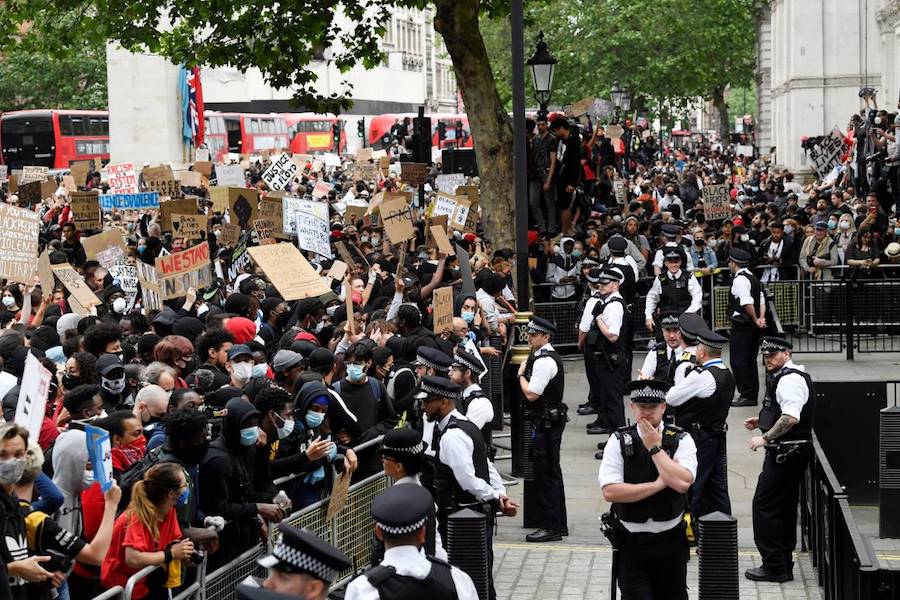 Ethnic Groups More Likely To Be Fined Under Coronavirus Laws

Concerns are growing over the ‘deep’ racial inequality as coronavirus laws have been implemented in Britain.

Black and Asian people are more likely than white people to be fined in London under coronavirus laws, official data showed on Wednesday, as tens of thousands gathered in the British capital to protest against racism.

More than half the penalties issued by London police between 27 March and 14 May for breaching new laws created to stop the spread of the virus went to people from ethnic minorities, who make up about 40% of the capital’s nine million people.

The Metropolitan Police force, which covers the city, said this was likely to reflect a range of factors including the make-up of the areas most targeted and geographical distribution of ethnic groups. But campaigners for racial equality said the statistics were part of a broader trend, echoing concerns in the United States, where the death of George Floyd has sparked mass anti-racism protests.

“The government needs to create a right to appeal these fines,” said Rosalind Comyn, policy and campaigns officer for human rights group Liberty. “In the long term, they need to listen to those most affected by overbearing policing and take meaningful steps to address long-standing disparities in the way we are policed.”

On Wednesday tens of thousands of people chanting “no justice, no peace, no racist police” marched through central London in solidarity with Floyd, an unarmed black man who died after a white police officer knelt on his neck.

That came a day after an official study found black, Asian and minority ethnic people in England were up to 50% more likely to die from COVID-19, sparking calls for action on racial inequality. “Coronavirus has shockingly laid bare some very uncomfortable truths in our society,” said Simon Woolley, director of Operation Black Vote, a racial justice and equality group.

“If we do nothing, these deep inequalities will just grow, and in the end that will come back to bite our society where it hurts,” he told the Thomson Reuters Foundation by phone. “If we are bold and brave enough to confront this challenge, out of this awful crisis something positive that could last a generation.”