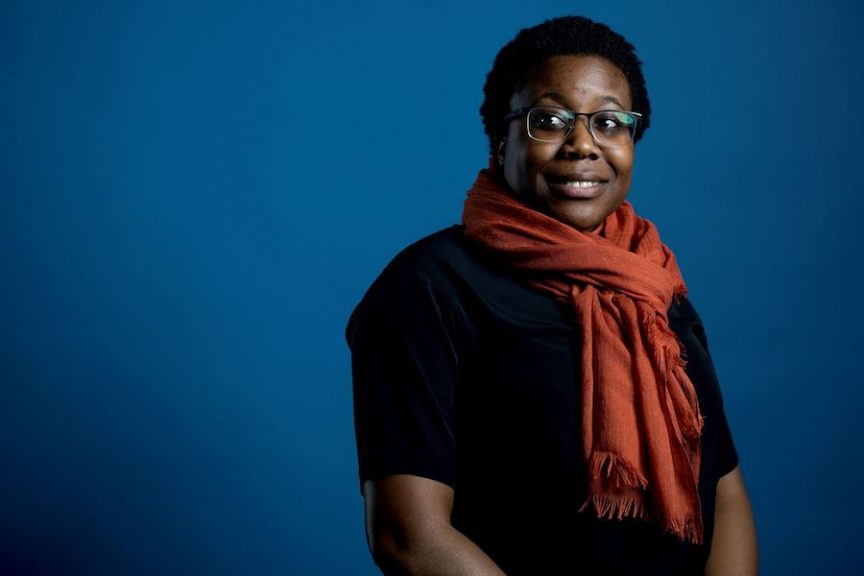 A U.S. academic who coined the term “misogynoir” for discrimination against black women said hashtags activism with the likes of #BlackLivesMatter  helping activists to use social media to mobilise and demand justice.

Moya Bailey, co-author of a new book “#HashtagActivism: Networks of Race and Gender Justice”, coined “misogynoir” in 2008 after noticing that black women were often depicted as sex workers or unintelligent in the media or jokes. “For me, the naming was important to describe what it is that we’re looking at and what it actually is that we want to shift and change,” Bailey told the Thomson Reuters Foundation in an interview from her home in Boston, Massachusetts.

She realised giving a name to something garners attention – and said the protests over the killing of George Floyd illustrate how “#Hashtag Activism” can transform the way people organise and demand social justice.

The hashtags #BlackLivesMatter and #GeorgeFloyd are effective ways to encapsulate a message and unite people to act on the fact that the police brutality is so often aimed at members of the black community, she said. “One of the things that’s really impressive about this moment is that people are repurposing social media as a tool for activism and for … demanding racial justice,” said Bailey, an assistant professor of women’s, gender, and sexuality studies at Northeastern University in Boston.

She said hashtags like #MeToo – used in the campaign against sexual harassment of women – have the power to build social movements and drive social change. Bailey has experience of her own in social movements. In 2013, the feminist scholar spearheaded a project called “Feminists Engage Wikipedia” in which women edited and added entries to make the online reference more diverse and inclusive.

At Northeastern, her courses include “Digital Feminisms” and “Queer Theory.” Bailey said her latest book looks at the ways social media can influence events and draw attention to cases like Floyd’s killing while in police custody on May 25 in Minneapolis. A bystander’s video that went viral online showed a white police officer kneeling for nearly nine minutes on the neck of 46-year-old Floyd, a black man, as he gasped for air. “Hashtag activism is a tool that helps organising what’s already happening on the ground,” she said.

Another hashtag in use on Twitter is #8minutesand46seconds – the time the officer knelt on Floyd’s neck. Police say they suspected Floyd of using a counterfeit bill to pay for cigarettes. All four officers involved have been fired and face criminal charges. Bailey said hashtags started out on Twitter, back to the Occupy Wall Street movement in the United States in 2011 and Arab Spring, also in 2011. “Everyday people are using hashtags to critique and to foment movements both online and offline,” she said.