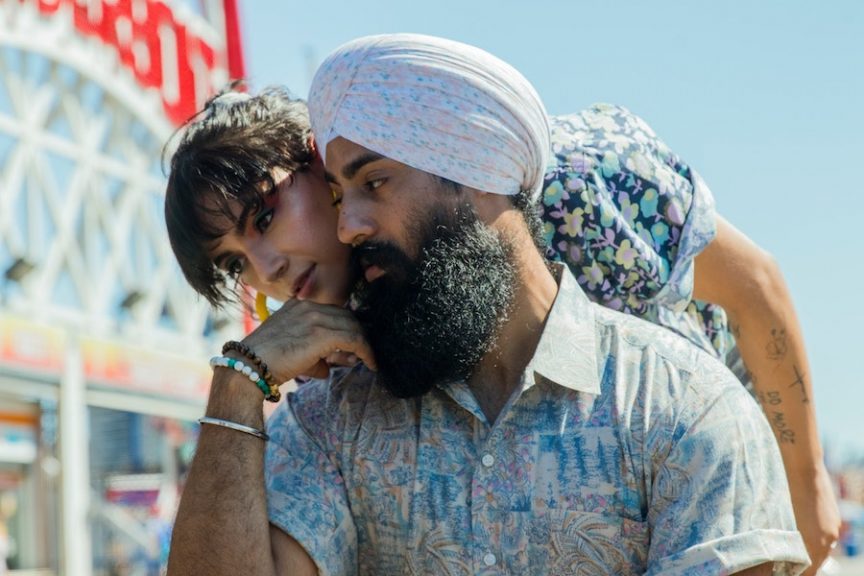 How To Be A Legendary Flirt

Flirting is much more than just a bit of fun: it is a universal and essential aspect of human interaction. Flirting is a basic instinct, part of human nature.  If we did not express interest in members of the opposite sex, so ends reproduction, and that of the human species. The key to being a successful flirt is the ability to convey that you like someone.

If your ‘target’ knows that you find him or her interesting and attractive, he or she will be more inclined to like you. when you are told someone fancies you, or hear that someone has praised or admired you, your interest in that person automatically increases – even if it is someone you have never met! Learn how to be a flirting pro.

Flirt with intent. You need to be a bit more selective about your choice of target than if you are just flirting for fun. Do not flirt with people who are unlikely to return your interest. It makes sense to approach people who are likely to see you as at least a possible partner, rather than those likely to dismiss you as unsuitable.

Initiate flirtation with people of roughly the same level of attractiveness as yourself to increase your chances of success. Studies have shown that the more evenly matched partners are in their attractiveness, the more likely they are to stay together. Some men are also inclined to overestimate their attractiveness. Be honest with yourself.

The eyes are one of the best assets when it comes to the flirting game. How you look at another person, meet his or her gaze and look away can make all the difference between a successful, enjoyable flirtation and an embarrassing encounter. If you do not make eye contact, you may come across as disinterested or bored.

If, on the other hand, your target avoids making eye contact with you, or looks away after a fraction of a second and does not look back again, you should probably assume that your interest is not returned. Hold your gaze for just a second or two longer than you normally would shows another person that you are interested and a confident person. Too shy? Focus at the spot right in-between the eyes.

The way you position your body is every bit as important as what comes out of your mouth. Most people, particularly men, focus on the verbal element: the ‘chatting-up’, the problems of knowing what to say, finding the right words and so on. In fact, the non-verbal element – body-language, tone of voice, etc.. – is much more important, particularly in the initial stages of a flirtation. If you observe your partner mimicking your body language, it is a clear sign that they are interested in you.

That said, women tend to lean forward to the person they are talking to, tipping up on their heels and instinctively tilting the head to portray a long sensuous neck. This is dynamite along with sidelong glances coupled with a subtle smile and the slightly sustained gaze. Men positions their body with an open, come-and-get-me stance, placing their arms to direct their target  to the area of his lower abdomen.

You may be petrified inside but make sure that you look like you are enjoying spending time with the person. If they reciprocate, then you are onto a winner. An unexpressive face will be interpreted as lack of interest, when you are listening to what he or she is saying whilst an absence of facial emphasis when you are speaking will be disturbing and off-putting.

Thankfully, most facial signals are habitual, and do not have to be consciously manufactured, but some awareness of your facial expressions can help you to monitor their affect and make minor adjustments to put your target more at ease, for example, or hold his or her attention, or increase the level of intimacy. Finally, remember that your target is unlikely to be scrutinising you for tiny signs of insincerity, so a ‘social’ smile will be infinitely more attractive than no smile at all.

Touch or Not To Touch?

Even the most fleeting touch can have a dramatic influence on our perceptions and relationships. When flirting, it is important to remember that the language of touch, if used correctly, can help to advance the relationship but an inappropriate use of this powerful tool could ruin your chances forever. Yes, you can touch, but be careful.

Women are much less comfortable about being touched by an opposite-sex stranger than men, so men should take care to avoid any touches which may seem threatening or over-familiar. Men are inclined to interpret women’s friendly gestures as sexual invitations, so women should be equally careful to avoid giving misleading signals with over-familiar touches.

If you see or hear signs of a positive reaction to your arm-touch, you can, after a reasonable interval, try another arm-touch, this time slightly less fleeting. If this results in a further escalation of verbal or non-verbal intimacy from your companion, you might consider moving to the next stage: a hand-touch. But keep it brief.

Find something about him or her to compliment to show you are interested. And be sincere. Clearly, excessive use of compliments will make you seem ingratiating, and your potential partner may become bored with too much suffocating niceness, but of all the ways you can bore someone, studies have shown that this is the least offensive.

So you see your prey, what are you going to say? The answer, perhaps surprisingly, is that your opening line is really not very important, and all this striving for originality and wit is a wasted effort. The fact is that conversational ‘openers’ are rarely original, witty or elegant, and no-one expects them to be so. The best ‘openers’ are, quite simply, those which can easily be recognised as ‘openers’ – as attempts to start a conversation.

The basic rule on how much to talk is very simple: try to make your contribution to the conversation roughly equal to that of your potential partner. The essence of a good conversation, and a successful flirtation, is reciprocity: give-and-take, sharing, exchange, with both parties contributing equally as talkers and as listeners. Avoid being negative which is a real turn-off. If you talk too much about the bad side of things, and constantly complain about the world or your own problems, your love interest will soon get bored and fed up.

The best and most enjoyable conversations may seem entirely spontaneous. Find a reason to talk to the person. Use the environment that you are in as a prop. If you are in a supermarket, ask someone to recommend a great wine for a dinner party that you are hosting (even if you are not).

Humour is a powerful flirting tool. It is almost impossible to flirt successfully or enjoyably without it, and yet it can easily backfire if abused or misused. On the positive side, studies have shown that people who use humour in social encounters are perceived as more likeable, and that both trust and attraction increase when a light-hearted approach is used. On the negative side, inappropriate use of humour can kill a promising flirtation stone dead in a matter of seconds. Making a risqué joke or comment too early, for example, before a reasonable degree of intimacy has been established.

While it is clearly important to avoid causing offence or giving misleading signals, humour is an essential element of flirtation. Flirting is by definition a light-hearted, playful form of interaction. A flirtatious encounter may eventually lead to a ‘serious’, long-term relationship, but too much seriousness in the early stages is off-putting. Even in the longer term, a capacity for light-hearted playfulness is important. It is no accident that so many single people seeking partners through online dating profiles include ‘GSOH’ (good sense of humour) in their requirements.

Like what you see? No need to bore the man or woman to death. Quickly wrap up the deal and exchange contact details with each other. Save the long conversations for later. If you are genuinely attracted to your flirting partner, and want to see him or her again, none of the flirting skills in this guide will be much use unless you can ‘close’ effectively. In this case, your goal in ‘closing’ is to secure not a contract or a sale, but the chance to meet again.

You do not have to declare undying love, just ask: “Would you like to meet for a drink sometime next week?”, or some equivalent, the exact words are unimportant, but it must a be a clear request). If making a date on the spot would be awkward or inappropriate, say something like: “Perhaps we could meet again sometime – could I have your phone number?”

At the risk of rejection, this is the moment when you must be explicit about your wishes. Subtle hints and positive body-language will help you to get to this point, and careful observation of your partner’s reactions will tell you whether your ‘closing’ is likely to be successful, but these techniques cannot, by themselves, get you a phone number or a date. You have to ask. And the most effective strategy is simple honesty.

It takes some practice to become a pro flirt. Hone your skills by trying your hand with random people you see every day be it the postman, the train ticket inspector or a neighbour walking a dog. An exchange of admiring glances or a bit of light-hearted flirtatious banter can brighten the day and raise self-esteem. By the time you want to approach someone that really matters, you will have it down to pat and you may even meet new people along the way.