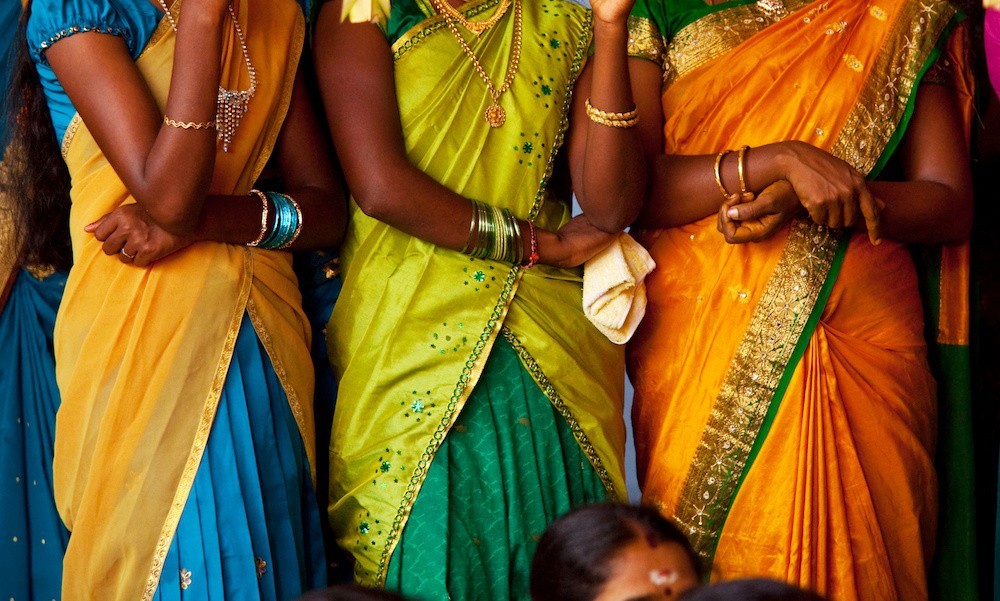 India’s Hidden Workers May Lose Out On Coronavirus Aid

Without proof of employment, millions of home workers who help produce clothing for global brands could struggle to access Coronavirus aid pledged for the country’s poorest during COVID-19.

Millions of hidden home-based garment workers in India who help prop up the global fashion industry risk missing out on coronavirus aid during the pandemic, labour rights campaigners said.

From cutting sleeves and stitching shoes to putting the finishing touches on clothes, home workers are increasingly being used by factories to sub-contract work but have no right to a minimum wage, social security or healthcare from employers.

Lacking proof of employment, home workers could struggle to access support pledged for the country’s poorest during its 21-day COVID-19 lockdown, according to two workers’ rights groups.

India – which has about 4,070 confirmed cases and at least 107 deaths – has pledged a $23 billion stimulus to provide food and cash to millions of its poorest citizens, along with $4 billion drawn from a welfare fund for construction workers.

It has also asked companies not to fire workers or cut pay. “Home workers are last in line to benefit from any help being provided by brands, manufacturers or governments,” said Janhavi Dave, international coordinator for HomeNet South Asia, a network of home-based worker organisations.

“There is no focus on them in this crisis and they remain hidden,” she added. “The sense of fear … among the workers … has been growing. Many have not been paid since February and they are not expecting work for at least six more months.”

India’s garment sector employs at least 12 million people in factories, but millions more work from home – mostly women and girls from minority or marginalised communities – according to a 2019 study by the University of California. About 85% of home workers exclusively work in supply chains that export to the United States and European Union, it found.

India’s garment factories closed suddenly last month after the government announced a lockdown to run until Apr. 14, and officials have hinted at an extension until the end of April.

Home worker Anitha Nandakumar has been calling her factory agent every other day to find out when she will be paid for the work she completed in February stitching leather shoe uppers. “Initially, he answered and told me to wait,” Nandakuamr said by phone from her home in Ambur, a town in southern Tamil Nadu state where home working is particularly prevalent. “Now he has stopped taking the calls.”

Despite the poor pay and long hours, several women said they had seen little choice but to work from home as their familal responsibilities meant they were unable to travel to a factory.

For those who were widowed or had a sick husband, the work provided the family’s only source of income, said Sonia Wazed, head of programme for the Society for Labour and Development. “In this situation, homeworkers are not a priority for brands or manufacturers, who may only try and sustain factory workers. The rules for aid need to be relaxed to include them.”

The central labour ministry was not available for comment but a senior official last year said exploitation of home garment workers was “rampant” and that the government planned to provide them with benefits and assistance by the end of 2019.

Yet such aid has yet to materialise, leaving home workers like 18-year-old Indumathi Rangasamy in a struggle to survive. The mother-of-one was awaiting a payment of 1,000 rupees ($13) and fresh work when the virus struck, and does not even have a ration card to receive free groceries from the state.

“I can’t even take an advance (on wages) because I am not a factory worker,” she told the Thomson Reuters Foundation from her home in Tirupur, a garment manufacturing hub in south India. “I am unable to feed my child properly,” she addded. “If this continues, we will not be able to live.”