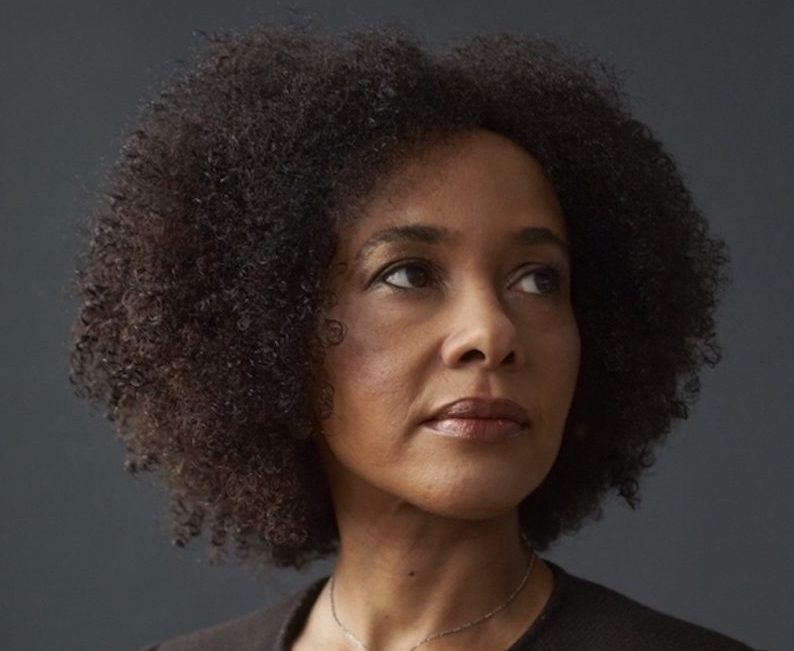 Author Diana Evans cannot stop winning awards. Her first novel 26a was published in 2005 to wide critical acclaim and scooped up the likes of the Guardian and Commonwealth Best First Book awards and the Orange Award for New Writers. Her latest novel Ordinary People, hailed a book of the year in the New Yorker, has already slam-dunk the South Bank Sky Arts Award. We find out about what inspires one of the U.K’s most exciting writers.

How did Ordinary People come to be?

It was sparked by reading John Updike’s novel Couples and wanting to create a similar examination of relationships and marital angst in the context of modern black British middle-class London life. I chose 2008-2009 as the year-span because I wanted to document the election of Barack Obama and the death of Michael Jackson. It was a very tough novel to write, drafting essential scenes and gradually weaving them together until there was a structure in place that I could work with.

Was the book inspired by your own experience?

It’s often the experience of something that is too big to be contained within ordinary life that brings me to write. In this case there were certain things I wanted to express and explore about the impact of parenthood and relationships on personal freedom and identity among 30-somethings. All the four main characters contain elements of my own psyche, Melissa and Damian especially, but reality is only a beginning. Fiction makes it something else, something more, heightened and more extreme, malleable to distortion and fabrication, so I never like anything to be seen as a blueprint of my life as that would be inaccurate.

Why do you think the book is so popular?

You tell me! Maybe because it contains universal themes – families, parenting, friendship, aging, urban modernity – which lots of people can relate to, and it goes deep into the psychologies of these things. I also think the playlist might have something to do with it as it means you can engage with it in more than one dimension. There does seem to be a growing desire among readers for books that reflect our fraught and diverse contemporaneity with accuracy and empathy.

You have been likened to Charles Dickens but what, in your book, would he have shied away from?

The playlist for Ordinary People – a personal choice or did you seek help?

It was mostly personal choices with some consulting here and there. Every scene I wrote seemed to contain some music, be it a dancing scene or dinner party or late-night talking or driving. The playlist was an opportunity to celebrate the music and songs I love, such as Nina Simone, Q-Tip, Isaac Hayes, Amy Winehouse, and of course John Legend’s debut album which is such a classic and features heavily in the novel. I couldn’t include every song from every scene, though, so had to be selective and aim for a broad list that tipped into different genres and included well-known and more obscure artists. It was such a fun thing to do at the end of a seven-year writing slog!

What is the message you want readers to take away from your book?

Not a message necessarily, but a sense of realness, of having been witnessed, mirrored or understood in some way. That nothing in our lives is definitive or static or neat, and we can only be the people we are, even though it’s often hard to be who we are – harder still if we don’t allow ourselves to change.

What do you think has motivated the new wave of books by people of colour?

The push for diversity in British books and publishing has been going on for decades, with often frustratingly slow results and a tendency for things to go back to the way they’ve always been – non-white readers being ignored both as a viable market and as a necessary component in decision-making as to what should and should not be published.

Big strides have been made, though, thanks to the steady, dynamic work of independent publishers such as Jacaranda Books, Peepal Tree Press and Cassava Republic, and literary activists like Bernardine Evaristo, Sharmaine Lovegrove and Nikesh Shukla, and it’s good to see real change happening now in the broader visibility and availability of books by writers of colour.

I think the publishing industry is gradually cottoning on to the idea that people of all backgrounds and ethnicities enjoy seeing themselves and indeed those different from them reflected in books, and this is clear from recent successes. We still need to see a whole lot more staff diversity in mainstream publishing companies, though, as its still incredibly white and middle-class. I think when people realise that achieving significant diversity in publishing is not necessarily a virtuous or altruistic exercise, but a way to actually make money, we’ll see more and more action!

How did you break into the publishing industry?

I started keeping a journal in my teens, which gradually turned into writing poetry, but still remaining within the diary context – writing was a secret, very private thing. I had a few poems published in anthologies, but it wasn’t until I left university and became a journalist that I started trying to write fiction seriously, because I found the journalistic format limiting,

I wanted to be more creative with language and sentences. I eventually started writing a novel, 26a, and did an MA in creative writing at the University of East Anglia to help me finish it. After that I found an agent by sending out the synopsis and first three chapters of my novel to a few of them, and that led to a two-book deal – since then I’ve just kept on writing.

How do you know if a story idea is going to solidify into a good book?

You never know for sure. But you have a strong overall vision for it, a feeling, a spark. When you think about the possibility of its materialisation it excites you, and you have a deep faith in it. That faith is how you know, or almost know. It keeps resurfacing whenever you get lost or confused.  The characters are strong and robust and alive within you. You make a commitment to bring those characters to full manifestation and you don’t want to betray them or let them down. It’s a kind of madness, that faith and obsession with characters, but the madness is the fuel.

My process is chaotic, nerve-wracking and slow. Each book has been harder than the last. I can never write in a linear or straightforward way, at least in the beginning. I write key scenes in no particular order and rework them and gradually join them together. A lot gets thrown away, sometimes almost entire first drafts. The best bit is when I’m near the end and I can feel everything falling into place. There’s nothing like that feeling when you know for sure it’s going to work and you’re going to finish it. Then when I write the end and it’s the right end – because endings can be so fraught and risky – that fills me with joy.

What books are on your nightstand?

I’m almost always reading something either by James Salter, John Updike, Richard Yates or more lately Philip Roth. I’m slowly moving through the magnificent New Daughters of Africa anthology from Margaret Busby. The poetry collection I’m currently reading is Anthony Anaxagorou’s beautiful After the Formalities. Iris Murdoch’s The Sea is still waiting on the nightstand and I’ll get to it soon. I try endlessly for a singular reading life but I always seem to be reading four or five books at once.

What are you working on now?

Another novel. Always the less said about work-in-progress the better.

What advice do you give to new and aspiring writers?

Be true and faithful to the visions in your head. Don’t follow the crowd. Listen to your inner voice – your instinct is your guide. Write the kind of sentences you like to write, that make you feel good or excited, and read the kinds of books you’d like to write, then rather than imitating them, think about what they’re missing. 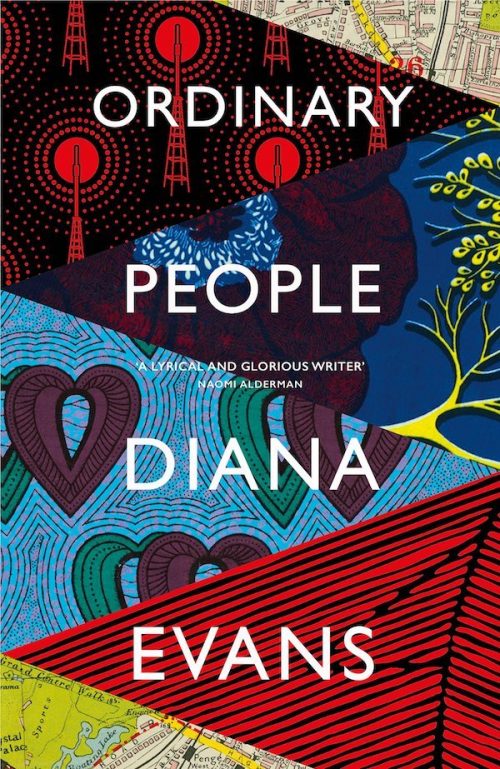 Ordinary People is published by Chatto & Windus, £14.99, Hardback. The book’s playlist is available on Spotify. For more information go to: diana-evans.com