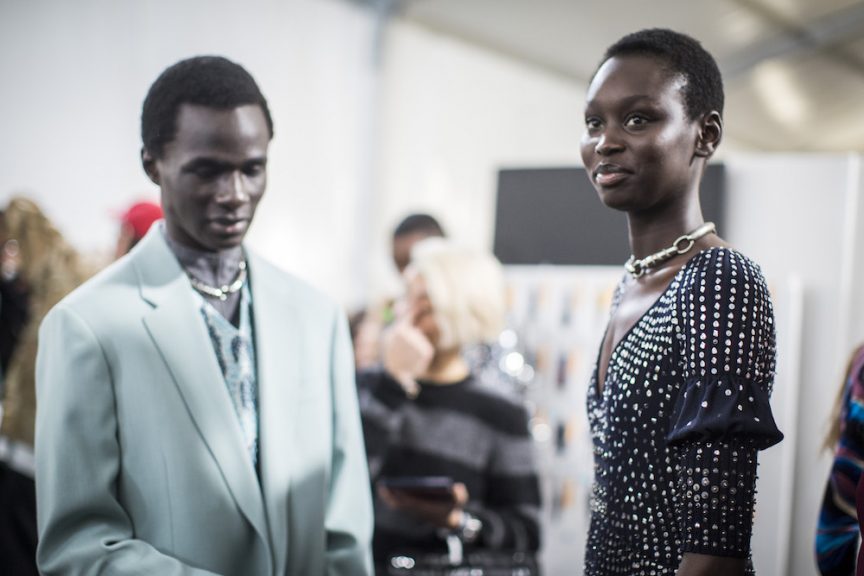 Is The Natural Hair Movement A Fad?

Wrapped and twisted so tightly around people’s emotions, cultures and history, afro-textured hair is making its stand. Is the natural hair movement a fad?

In 2016, Beyoncé reminded the world that she is a black woman. Or, at least to those who choose to forget. First came the Formation music video that dived into issues faced by Afro-Americans, from police brutality to the unrealistic standards of beauty. Then, one day later she made a powerful political statement during the US Super Bowl Halftime Show. Flanked by all-black backup dancers in their natural hair glory, she unleashed a Black Panther homage. The response was pure fury from the likes of Rudy Giuliani, former mayor of New York City and some law-enforcement organisations. Until now, she presented a palatable exotic persona digestible for mainstream media. Now, she is an activist? Or was it all that Afro-textured hair on public display that made Giuliani flip his wig?

“When your hair is relaxed, white people are relaxed. If your hair is nappy, they’re not happy,” comments American comedian Paul Mooney in Chris Rock’s Good Hair (2009); a documentary that explores the importance of hair in black culture. He may have hit the nail on the head.

Regardless, Ms Knowles stuck up a proverbial two fingers to her haters by embracing the backlash with ‘Boycott Beyonce’ t-shirts on sale at her concerts. Her rebellious stance is not unlike the spirit of the creole women forced to cover their hair in accordance to the 1786 Tignon Law, least white men should be attracted to them. Cover their heads they did, with beautiful, elaborate headwraps. Instead of being considered a badge of dishonour, the tignon became a fashion statement.

Beyoncé is not the only public figure to be championing the return to natural hairstyles. Many other celebrities are proudly doing their own thing such as singer Alicia Keys and actress Viola Davis, the new face of L’Oreal. And let us not forget the entire film cast of Black Panther. As if from nowhere, there was a mass shift of Afro-consciousness and a great number of people stopped straightening their hair.

Afro-centric hairstyles quickly found themselves front and centre of mainstream magazines and on the runaways, as if the latest fad. But to refer to the Afro Hair Movement as a fad is insulting, at best. A fad refers to a compulsion, a short-lived craze that will disappear as quickly as it appeared. It certainly is not a new phenomenon.  Think of The Black Panthers who took a stand as far back as the sixties.

So, what is the big fuss?  In a word  – technology – and more specifically social media. Instead of being overtly political, black people are able to educate, share knowledge, celebrate and encourage one another.

The hot comb was introduced in 1880 and there began the anti-curl movement. When the relaxer came on the scene in 1905, there was no turning back. The need for straight hair became embedded in the black people’s psyche and, for many, getting your first perm became a rite of passage.

The likes of Grace Jones, in the eighties, and Erykah Badu, in the nineties, offered some textured-hair respite however, this did not translate into the subconscious of many black people. Perhaps it was in the belief that what celebrities could get away with onscreen, ordinary folks could not in real life.

Texturism is intrinsically linked to colourism – a branch of racism.  Throughout history the texture of Afro hair has been the target of fascination and ridicule dating back to slavery when it  was  referred  to  as wool. Black people have long spoken out against people uninvitingly touching their hair.

Reluctantly political, not all naturals consider themselves part of the movement. Not everyone who supports the movement has natural hair.  Some black people have worn their hair in its natural state from birth, many stopped using chemicals years ago.  Some women no longer perm their tresses, yet still  cover  their natural  hair  with  wigs  or  weaves. These women, unfortunately, are often targeted  by  Afro zealots and accused of not being true naturals.

This only serves to be problematic, judgmental and to be honest, not very helpful. This is not a texture war. Labels only serve to suffocate the message. There is actually no right or wrong way to be black.  With any collective you will find factions and varying ideologies and this is no different for the Afro-textured hair movement.

The natural journey is a personal one and the movement should aim to embrace rather straight shaming. It should not perpetuate the  self-hatred  and  body dysmorphic ideals that have previously been enforced upon an entire collective.

Think of the many black women who now have permanent scarring on their scalps due to relaxing their hair. The way in which people are prepared to burn themselves in a bid to achieve straight hair is more pressing than the method itself.

Everyone has the right to choose. If anything, women should be encouraged to stop using hair care products that contain dangerous ingredients.  A US survey in 2018 found that nearly 80 percent of those aimed at women of colour contain chemicals linked to cancer, infertility and obesity.

The Afro movement is an umbrella for addressing and confronting many life issues.  Black people are not only reclaiming their hair , they are claiming their money. Tired of sub-standard hair care products and jaded by promises made by mainstream companies, they are now fighting for their share in the beauty industry.

In 2014, L’Oreal acquired the Afro hair care brand Carol’s Daughter, founded by Lisa Price, for a cool $27 million.  Dove soon jumped on the bandwagon, acquiring one of the largest black -owned hair brands Shea Moisture. While some celebrate this, others say these corporate companies are a day late and a dollar short and they are spending their money with independent start up’s.

You only have to look at the social media platforms to see the variety of hair brands dedicated to afro hair; Afrocenchix, Bourn Beautiful Naturals, Flora&Curl, Leicala and Nylah to name a few. This reclamation appears to have given birth to an entrepreneurial spirit, natural hair platform and marketplace.

While there are still women who believe that they are ugly, men being denied jobs and children being  dismissed  from schools – all  because  of  their  hair – then  the movement shall continue. The root of it all is empowerment.

What is considered to be a trend by some is actually been the catalyst for healing and self-acceptance for others. There would be outrage if the LGBTQ+ or Human Rights movement were regarded as a fad. We should not be asking if the movement has longevity, we should be questioning why a movement is required in the first place.