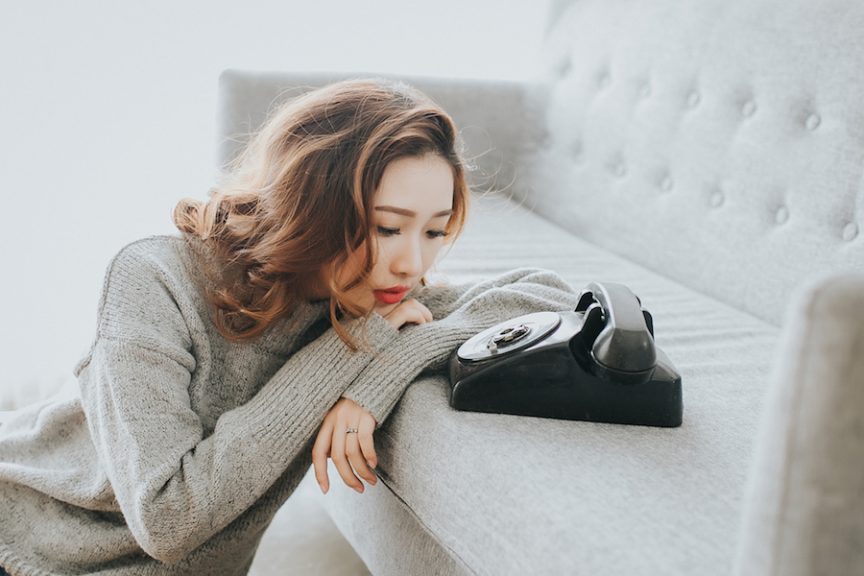 Men Will Test Your Patience. This Is What Do

Men test women in relationships. Women need to be on their guard right from the beginning and react accordingly or it is hell to pay. It is so blatant, it’s subtle. It is right out there in the open and obvious to other men (and a few women) but for the most part, they go completely undetected. It may last for a mere few weeks, or the entire liaison (at which point the coupledom is likely to implode, but more about that later).

Ladies, have you ever noticed that at some point in the beginning of your relationship, you find that your ‘beau’ has inexplicably pushed your patience to the utter limit? It comes in various forms. He may think that it is perfectly acceptable to ignore you when in the company of his mates, make a last minute date on a Saturday night or blatantly flirt with the ‘Ho-bag waitress right under your nose. Of course, there are a lot worse than these examples.

So why would a man want to test a woman’s patience? What could he possibly get from it? By testing a woman, a man gauges how much he can get away with. In other words, whether you are a pushover or not. Believe it or not, men do not want a woman that they can fully control. But given the opportunity, they will milk it to the hilt.

In short, ladies, if you play the submissive role in a relationship and accept a partner’s utterly gross manners, be rest assured that he will bask in his freedom and act like an idiot for as long as you allow him to do so. Worse still, as his respect for you diminishes as he sinks to new lower depths of depravity (‘how low will she go’ he wonders) he will eventually dump your fawning cute ass for some hottie who has no problem telling him exactly what’s wrong with him.

Men know and are prepared for women to respond to their Neanderthal behaviours in generally one of three ways: that they will take immediate flight; they will silently give him a couple of chances until eventually they take flight or begrudgingly stick it out under the misguided belief that ‘men will be men’.

Mmm… seems like a lose/ lose situation, ladies, right? Not so fast. No need to run for the hills just yet.

How To Deal With Tests

If you are going to successfully deal with tests from men, first of all you are going to have to ‘get it’ and recognise it when it happens. For example, when a man tries to change plans or cancel at the last minute, he is testing you. Learn to how to spot it when it is happening and then take care on how you respond. It may well be for genuine reasons but subconsciously or not, he is testing you to see how much he can control you.

Speak up and tell him what you consider to be inappropriate behaviour! It’s that simple. Yes, you may have to tell them the same point several times before it sinks in and you may even have to talk to your man as if you are talking to a child. Hell, make him repeat it back to you if you have to.

If you prove to be a walkover, rest assured he will play you, drop you and move onto to the next hapless victim. If, on the other hand, you stand your ground, the player will do like Houdini whilst the more solid man will become intrigued by you, come back strong – and best of all, he will curb his bad-boy ways in order to ensure that you stick around.