As the transgender son of a prominent Egyptian actor, Noor Hesham Selim was thrown into the spotlight when his father surprised television viewers by speaking openly about his transition, but he hopes this will help change attitudes. While homosexuality is not outlawed in Egypt, it is a conservative Muslim society and discrimination against LGBT+ groups is rife, with gay and transgender people facing instances of assault and torture, according to Human Rights Watch.

Selim, 26, said he had struggled for 18 years to settle with his identity as transgender, finally nervously confessing about eight years ago to his father, prominent actor Hesham Selim. To his surprise, his father immediately supported him, even offering assistance for his transition. He then told Egyptian TV talk show “Sheikh Al-Hara” in May that “my daughter … has now turned to be my son Noor”, firing up debate in Egypt.

Selim said he was surprised by the level of support he had received since and hoped speaking publicly would make people more aware about the challenges trans people faced. “Most people support, encourage and accept me but when I receive negative comments I try to have a conversation with them. If they choose to stay mean, then I just ignore them,” he told the Thomson Reuters Foundation in an interview.

Selim said that coming out publicly, however, was just one of many stages in the path to live as a trans man. He is currently struggling to be identified as a man in Egypt as the authorities refuse to change his papers. His national ID expired two years ago and he could not be issued a new one because his transition was not complete without official approval from religious authorities, medical specialists and the government. 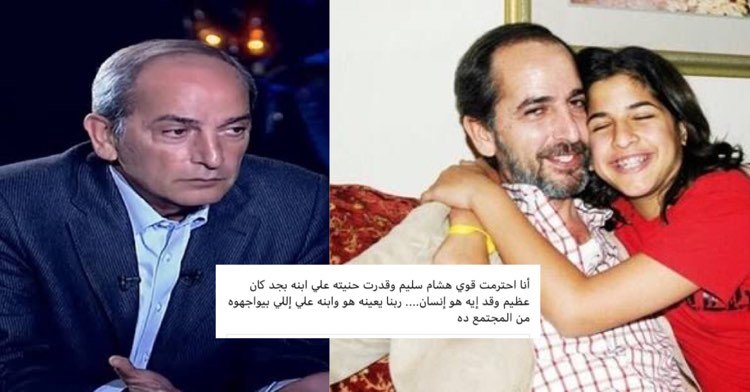 The coronavirus has also created additional challenges for trans people left struggling to access hormone therapy and counselling services with surgery postponed or cancelled. Selim said he managed to buy his hormone medication in bulk before the lockdowns. “I’m good during coronavirus lockdown but if I had not bought my medicine in bulk, I’m not sure what I would’ve done or how I would have gotten them,” he said.

Gender reassignment surgery is legal in Egypt but has always been a long, complicated process requiring psychological evaluations for at least two years, medical and hormone treatment, and permits from doctors and religious authorities. After completion of transition, a report is submitted to the Interior Ministry requesting permission to change gender designation on ID cards.

Reda Eldanoubki, a lawyer and a human rights activist with the Women’s Center for Guidance and Legal Awareness, said there was no law in Egypt to regulate this process, which was overseen by a committee linked to the Egyptian Medical Syndicate, a national association of medics. This gender correction committee includes a member from Egypt’s Dar al-Ifta, the central authority in charge of issuing religious edicts or fatwas. But Eldanoubki said the committee had not really functioned since 2014 due to the non-attendance of Dar al-Ifta member who objected to gender transitions without medical grounds.

Committee head Osama Abdel Hay said a deal was reached with Dar al-Ifta in 2017 to send cases for approval to the Islamic Research Academy at Al-Azhar, the highest seat of Sunni Islamic learning with a fatwa committee, but few had been approved. “The religious institution in Egypt is opposing gender reassignment operations because it changes the creation of God,” he told the Thomson Reuters Foundation. A spokesman at the Interior Ministry would not give details on the number of applications or the number approved but asked for a written request to seek information.

Eldanoubki said such challenges getting official ID could affect the careers of trans people as they cannot join any company or institution with papers that contradict their physical appearance. For now Selim is working as a freelance carpenter. “Wood making has always been a big passion,” said Selim, who lives in the resort town of Hurghada on Egypt’s Red Sea coast. He said he may consider going into acting in the future but for now he did not want to be in “the public eye”.

“People here think they have the right to dictate how your life goes so I’d rather not give them the chance to tell me their opinions,” he said, adding everyone should all be afforded the same human rights regardless of sex or gender. I do not think governments are really putting in any effort to fight for transgender rights. I think transgender people are doing that work.”