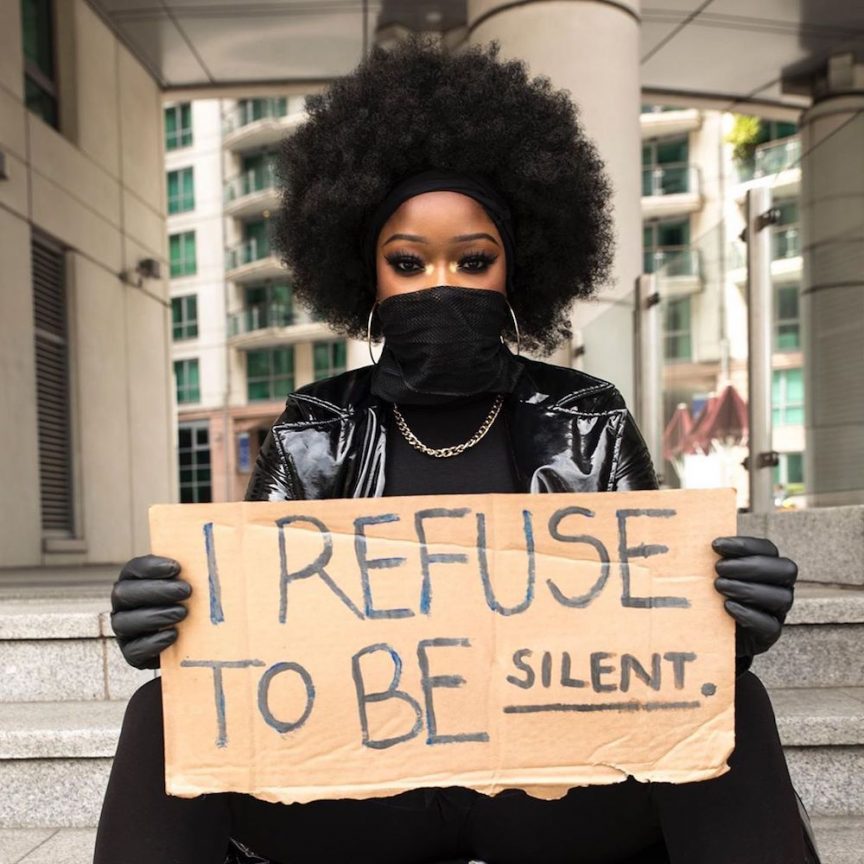 Tens of thousands took to the streets of London on Sunday, rallying for a second day running to condemn police brutality after the killing of George Floyd in Minneapolis, with some wearing face masks bearing the slogan “Racism is a virus”. On Saturday, thousands gathered in central London in a demonstration that was peaceful. Protesters later marched across the river towards parliament and Downing Street, pausing on the bridge to go down on one knee and chant: “Justice, now!” In Parliament Square, many attached their placards to the railings outside parliament. “Now is the time: we need to do something. We have become so complacent in the UK but the racism that killed George Floyd was born in the UK in terms of colonialism and white supremacy,” said 28-year-old Hermione Lake, who was holding a sign reading: “white silence = violence”. “We need to completely gut the system … We need massive reform, massive change.” Photographer Elainea Emmott captures moments from the London Black Lives Matter Protests.

Elainea Emmott specialises in photography for grass-roots organisations and charities.  The mother of a son who has Asperger’s Syndrome she reveals what drives her: “We always felt ‘other’, not only by being a single parent and black woman, but also by the difficulties Autism presents with isolation from others.’ About the Black Lives Movement, she says:  ‘Suddenly the world is waking up to our struggle, the discrimination, how we fear for our lives, how every day presents racism and intolerance and what it means to be black. I produce work of those whose voices are not heard with powerful images that amplify voices.’