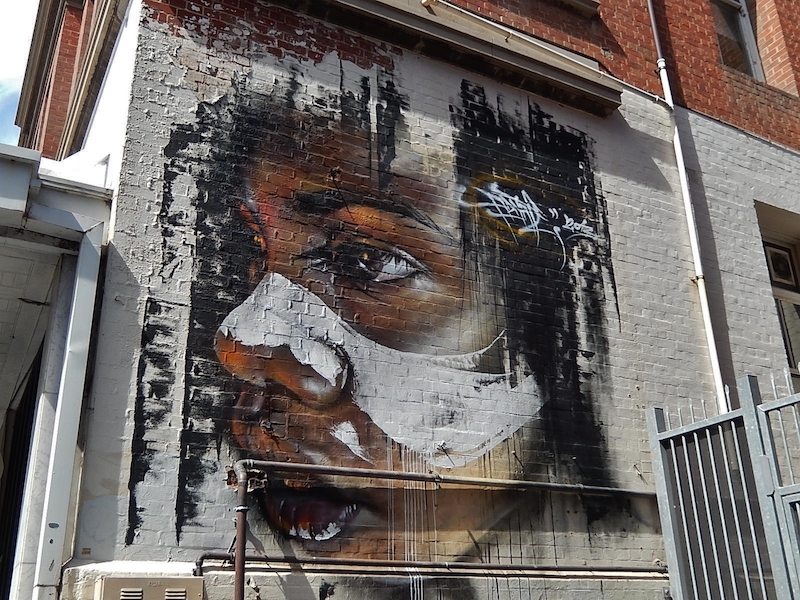 “I can’t breathe, please don’t! Let me up, please! Help please! I can’t breathe!” The last words not of George Floyd, but of Aboriginal man David Dungay Jr as he laying dying on the floor of his jail cell in Australia, a case strikingly similar to the one that has sparked mass protests against racial injustice.

The death of 26-year-old Dungay in 2015 garnered relatively little attention in Australia, where indigenous people account for a disproportionate number of prisoners and rank near the bottom on economic and social indicators. But the reaction to Floyd’s death in Minneapolis has inspired protests in every major city in the country, prompting some indigenous Australians to question why it took an American incident to turn the spotlight on their plight. “Suddenly people are saying, ‘Black Lives Matter’, and we’re like, ‘so when did this happen?’,” said University of Queensland senior academic Chelsea Bond.

Indigenous Australians are the most incarcerated people in the world. Despite making up about 2 per cent of Australia’s population, they account for 28 per cent of the adult prison population. In the Northern Territory, 84 per cent of prisoners are indigenous, while indigenous Australians make up more than half those in the youth justice system nationally. They are also more likely than white Australians to die in custody. That was the subject of a national inquiry in 1991 that made more than 300 recommendations, many of which have still not been implemented.

Since then, more than 430 indigenous Australians have died in custody, and the inquests into their deaths have continued to call for reform. But Bond said the problems facing indigenous Australians went far beyond policing. “In every institution in this country we have indigenous peoples dying as a result of the state’s failures,” she said, citing “preventable and avoidable” health conditions that she said were not being treated.

Australia’s Prime Minister Scott Morrison said the protests in America made him think “how wonderful a country is Australia. Australia is not the United States,” he said. But many Australians have a less optimistic view.

Belinda Stevens’ mother died from a traumatic brain injury in 2017 after she repeatedly fell and hit her head in her cell. The 55-year-old was arrested for public drunkenness after failing asleep on a train, and it was hours before officers entered the cell to check on her. The inquest found her race played a part in her death and Stevens has no doubt her mother would have been treated differently if she was not an Aboriginal woman.

“We’ve got an opportunity now to work together to fix the problem. But part of that is acknowledging there is a problem,” said Stevens, whose family has been pursuing justice for almost three years. And when you’ve got the leader of the country saying we live in a fair country that’s not acknowledging the problem.”

About 50,000 protesters had been expected at nationwide events on Saturday, before authorities in the state of New South Wales secured a court injunction to prevent the largest rally planned for Sydney. Yet advocates are cautiously hopeful the momentum for change will grow.

They are calling for better use of alternatives to custodial sentences, independent oversight of suspected incidences of police brutality, and an obligation to implement recommendations made by coroners looking into deaths in custody.

Federal opposition spokeswoman Linda Burney, an indigenous woman, said Morrison need only think back to November when an Aboriginal man with an intellectual disability was shot in his bedroom by police.

“I think the idea of fairness is a very strong part of Australian ethos and culture, but in terms of whether an Aboriginal child enjoys the same life choices and chances as a non-Aboriginal child in this country, that is not the case,” she said.