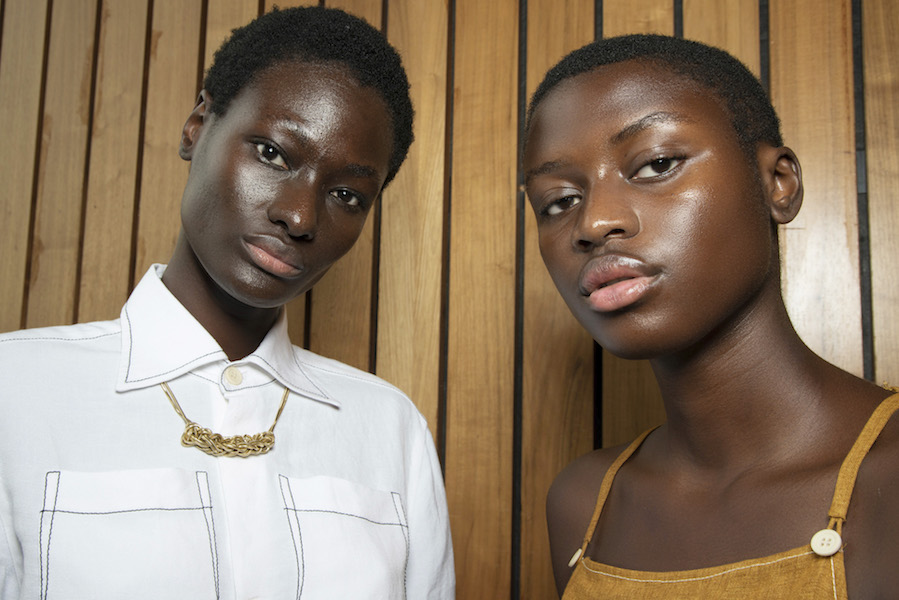 Skin Lightening: Is It Worth It?

Despite the health warnings, and the current climate of political correctness, for many Black people, skin lightening plays a prominent role in their grooming regime. In fact, in desperation some have been known to use household detergents and bleaches which have lead to burns and irreversible damage.

Others plump for the safer, but still controversial option of bleaching creams, lotions or soaps which also contain a certain amount of risk. So why do people go to such hazardous lengths to make their skin lighter?

Not surprisingly, suffers from racial discrimination may feel that by lightening their skin they will be more acceptable to mainstream society. Also, Western perceptions have conditioned us to associate light skin with wealth and status, an attitude which is only reinforced by public role models who lighten their skin or undergo cosmetic surgery to correct their features.

There are currently no health warnings on packaging, despite the tests that prove a link between chemicals in bleaching creams and certain kinds of cancer in rats and mice. In fact, manufacturers are now even targeting Caucasian people who may want to fade freckles and blemishes.

Fading creams should only be used as a treatment. They have never been intended for use on the whole face. If you have a large problem area, cover it up with a good concealer.

Pigment known as melanin determines skin colour. Exposure to ultraviolet light stimulates the production of melanin which protects the dermis against immediate damage by ultraviolet radiation and offers protection against cancer. Skin lightening  can be achieved by removing melanin and preventing the formation of new melanin.

Dark skin contains a substantial amount of melanin which may be bleached by using hydrogen peroxide or chemically reduced by hydroquinone, mercury chloride or ammoniated mercury. Prolonged use of active agents will inhibit the formation of melanin in the basal layers of the skin, resulting in a lighter appearance.

Bleaching or fade out creams should not be used for more than three months at a time. if there is no change by this time then resign yourself to the fact that it is never going to happen. The products become dangerous after prolonged use.

Hydroquinone, which inhibits the production of melanin in the skin, can have a number of side effects. The skin can turn blotchy and bumpy and exposure to the sin causes re-oxidation, leaving the treated areas darker than they were originally.

In addition, it can cause damage to the melanin-producing cells, making the skin susceptible to the ultraviolet radiation and more prone to cancer. Finally, hydroquinone penetrates the dermis and causes thickening 0f the collagen fibres, leading to chronic and possibly irreversible damage to the connective tissue in the skin and cartilage.

Skin-lightening products containing hydroquinone are widely used throughout the Caribbean, African, and Asian countries whilst other countries like the UK, the United States and Japan which have put rules and regulations against skin bleaching products.

Some of the creams contain mercury which lightens the skin to a pale, greyish colour by inhibiting the production of melanin. It is absorbed into the bloodstream as well as damaging liver and kidneys  it can result in foetal damage or even miscarriages.

Finally, there are some creams that contain cortisone which thins and damages the skin and by law should only be sold in small quantities by a pharmacist.

In the UK, ammoniated mercury is listed among poisons and toxic substances which may be sold legally and by chemists and only then with prescribed labels of toxicity.

The UK Cosmetic Product Regulations 1978 prohibits the use of mercury compounds in cosmetics. The permitted level of hydroquinone is et at two per cent with specific labelling requirements. The American Food and Drug Administration (FDA) issued a statement in 1972 stating that cause of the know hazards of mercury, there was no justification for the use if skin-bleaching preparations. In spite of prohibitions and recognised dangers, soaps and creams can still be bought.

When To Use Skin lightening Products

It is always a good idea to discuss your plans with your doctor or dermatologist about your reasons for wanting to lighten your skin and to find out the best procedure, if any, for you.