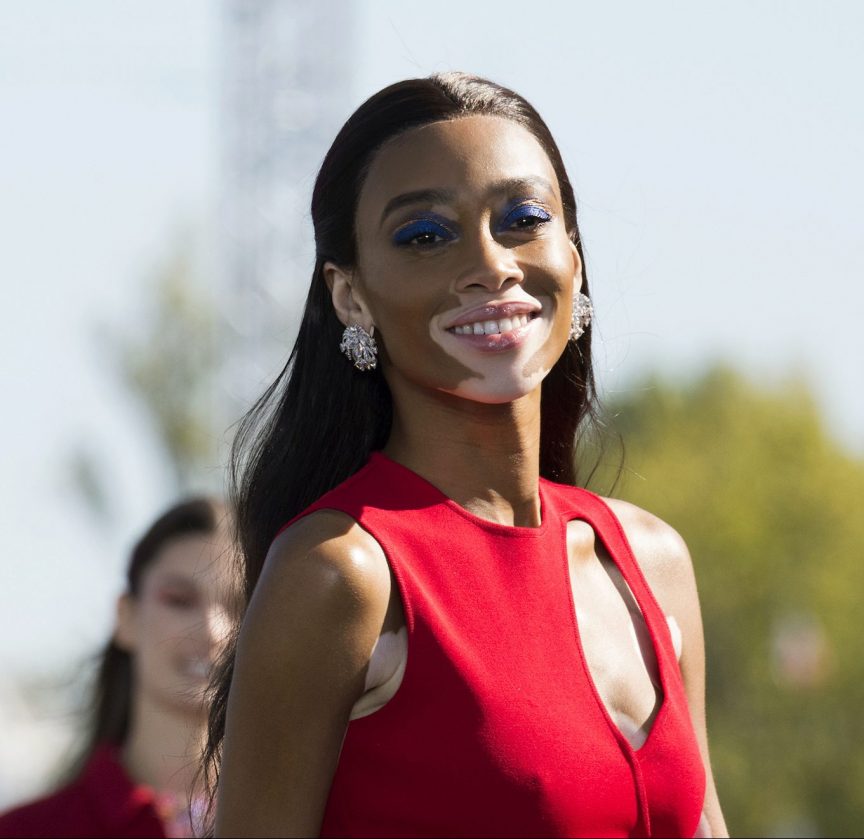 The Different Shades Of Vitiligo

Vitiligo is a rare disease in which there are areas of lost pigmentation to the skin. It impacts about one per cent of the world’s population and subject to popular belief, it affects both those of dark or light skin.

So what causes vitiligo? The disease causes antibodies to attack the melanocytes cells which are responsible for producing melanin, the pigment that gives the skin its normal colour. This causes white spots and patches of skin. It may begin with a small area but can spread throughout the body. Half of sufferers begin before they hit their twenties.

The common areas of the body that are likely to be affected are exposed areas such as the hands and the face. It can be found around body openings – eyes, nostrils, mouth and genitals -and body folds like the armpits and groin.

Other areas include around pigmented moles and where the skin has been damaged by a burn or a cut.

Although the actual cause is still unknown, it is believed that it can be hereditary or derived from other factors such as emotional stress, sunburns and illnesses, such as diabetes, anaemia or Graves Disease.

Whilst model Chantelle Brown-Young, aka Winnie Harlow, has not allowed the disease from her dream of hitting the catwalk, for many, it can be depressing and embarrassing and many go to great lengths to camouflage it or get it treated.

That said, whilst vitiligo can occasionally disappear by itself, there is no known cure. However, the symptoms may be treated using various methods.

Generally deal with the symptoms with topical applications as well as addressing the suspected underlying causes such as the immune system, digestive system, liver, kidneys, and chi.

Like herbal treatments, they attempt to address underlying causes, not just the symptoms.

This uses light, where ultraviolet rays are used to stimulate the body’s melanocytes, which are the cells that produce melanin.

Just like phototherapy, this uses ultraviolet rays to stimulate the melanocytes in the skin, however, it differs by focusing the light using a laser, so it promises to be more effective and causes fewer side effects.

Healthy skin is grafted into the affected areas so that their melanocytes begin introduce melanin.

Doctors sometimes use a combination of different treatments, with very good results. Just remember that all treatments are not guaranteed and are largely dependent on how severe the case is. For more information and support visit The British Skin Foundation.