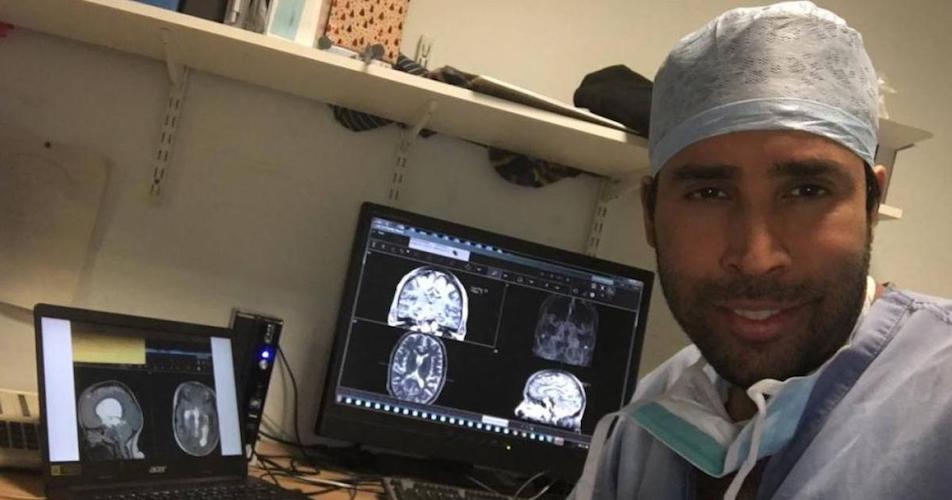 Soumya Mukherjee, who treats COVID-19 patients in a major British hospital talks about coronavirus and BAME communities,  the disproportionate effect the virus has had on black, Asian and minority ethnic people. The British-Indian surgeon treated coronavirus patients. Then he got sick himself.

Every time Soumya Mukherjee returns home from his job as a neurosurgeon at Leeds General Infirmary in northern England, he worries about what he is bringing home to his young family – a wife, a daughter and months-old twins. He has been treating dozens of patients with COVID-19, the respiratory disease caused by the novel coronavirus, and, as a second generation British Indian, he is much more likely to catch it than his white colleagues.

Black and Asian people in England are up to 50% more likely to die after becoming infected with COVID-19, an official study said on Tuesday, putting pressure on the government to outline plans to protect the most at-risk communities. In late May, Mukherjee came down with a fever and tested positive for the coronavirus. He stayed home for a week, in accordance with guidelines, to recover before returning to work. During a break between operations, Mukherjee, 37,  spoke about COVID-19’s impact on himself and the disproportionate effect the virus has had on black, Asian and minority ethnic (BAME) people.

How has the virus affected the BAME community?

Well, certainly the data show they’re more vulnerable on average and it’s kind of understandable that people with lots of other diseases like diabetes have compromised immune systems. My mother is more than 70 and she’s classic BAME – older, with high blood pressure. So you feel for your family and no, I definitely can’t see my parents.

(At our hospital) we have a cleaner. She’s Gujarati (in Western India), around 60-years-old. She wakes up at 4.30 a.m. every morning to come and clean our offices and finishes up around 3 p.m. She ended up getting COVID herself. She’s completely out for two weeks, heavily fatigued. And then she came back to work because she was only allowed (to be off) for two weeks. She was still heavily fatigued. In her own time she stitches scrubs for the hospital so that surgeons and doctors can work. So some people really do their bit. There are incredible individual contributions like that.

How has the pandemic affected you?

I’m British Indian. When we first started obviously we didn’t know about the data for (black and Asian people), but still just as an individual I was worried. When we do an operation (on a patient) there are all sorts of tools and instruments that potentially generate aerosol and my face can be right up close to airborne droplets.

I felt the risk was quite high for me and other colleagues in my team. And I had just had twins, they are five-and-a-half- months-old, as well as a daughter. That had been on my mind – managing being on the frontline and managing my BAME family who are more vulnerable than others. It’s hard! And then I operated on somebody and got COVID myself two weeks ago. I had three days of fever. I thought: ‘how on earth am I going to isolate with twins and a young child?’ It’s possible one of my twins has it. Their temperature is 40 degrees Celsius (104 Fahrenheit) at the moment and they just got tested. So it’s a little bit stressful.

How has the coronavirus pandemic affected your job?

As brain surgeons we would usually have nothing to do with looking after somebody’s lungs. But because of the pandemic, it’s all hands on deck. So when we’re not operating or dealing with anything we go and work as lung doctors for people who come in with COVID-19 infections. It’s kind of cooled off a little bit now but over the last two months it’s been radically different. You’re either in and you’re there for day and night or you’re not in at all.

Do you think the coronavirus pandemic has changed attitudes in Britain towards immigrants given their front line role?

Ideally, that would be great. But I’m not sure. I think this (official) report may have helped flag that. Maybe a couple of weeks ago the average person may not be aware that BAME are at higher risk, they may have just thought all healthcare workers on the front line were. It may have been a surprise to people to know that black and Asian people are twice more likely to be working in health care than than the average white person. I absolutely hope that people will realise there’s a lot of sacrifices, certainly in the healthcare environment by black, Asian and minority ethnic people. We want a bit more recognition probably of, the kind of plight we go through.

What could others learn from your experience about the risks to people from minority backgrounds?

I grew up here and I’m very well integrated. I’m not on the same demographic as, say, a Bangladeshi who lives in a inner-city crowded house with difficult language and cultural issues, which limits his access to health care. So it’s difficult to know if what I think is going to be what they think but certainly, personally, I would hope that BAME workers can be appreciated a bit more.

The fact that BAME people often may not have as good, or as flexible, jobs and they are more likely to have front line jobs and shift work. (Helping them)… it’s almost a moral thing.