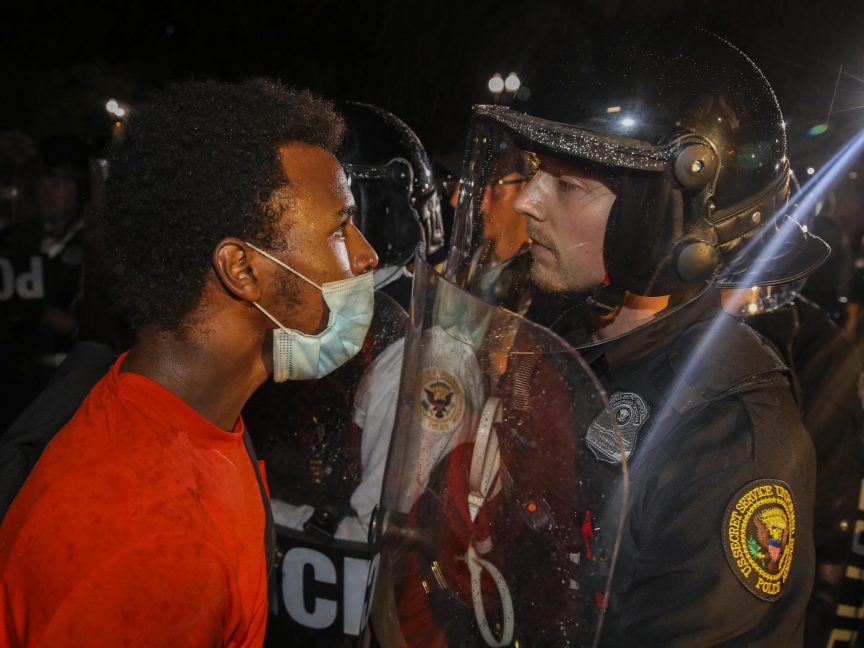 George Floyd Protests have prompted government and police officials across the United States to enact or propose changes.

Protests over the death of George Floyd while in Minneapolis police custody have prompted government and police officials across the United States to enact or propose changes aimed at showing demonstrators that their concerns about police brutality and racism are being heard. Here are some of those actions.

With protesters rallying officials to “defund the police” and “abolish the police,” a majority of Minneapolis city council members pledged to disband the city’s police department with a new community-led safety model, a step that would have seemed unthinkable before Floyd’s death. Los Angeles’ mayor proposed cutting up to $150 million from the police department’s $3 billion budget, and New York City councillors proposed a 5% to 7% cut for all agencies, including the $5.9 billion police budget.

On June 6, two Buffalo, New York, police officers were arraigned on felony assault charges for shoving a 75-year-old demonstrator amid protests. A New York City police officer who shoved a woman to the ground during a protest was charged with assault, menacing and harassment on June 9.

Statues, monuments and buildings of U.S. historical leaders who carried out policies viewed as racist are being removed. Boston and Camden, N.J. removed statues of Christopher Columbus, who enslaved people while colonising America for Spain.

Philadelphia took down a statue of Frank Rizzo, a former mayor and police commissioner, and Dallas took away a statue at its airport of former Texas Ranger Captain Jay Banks, both of whom critics highlight supported actions that targeted people of colour.

Several universities and towns in the South removed monuments or renamed buildings and roadways honouring the Confederate movement, a largely southern campaign which defended slavery. The U.S. Marine Corps banned public displays of the Confederate flag at its facilities.

Across the country changes are being made to boost oversight and curb police violence. California’s governor ordered the state’s police training program to stop teaching neck holds, as law enforcement agencies across the state said they would ban them and related manoeuvres over concerns that they can be deadly.

Memphis police department in Tennessee said it introduced a new policy on June 9 warning officers would face consequences if they do not try to stop colleagues engaged in misconduct.

Other governments approved new laws or policies for apprehending suspects to reduce the risk of deadly encounters. Austin, Texas, said police cannot shoot at fleeing suspects unless they pose an imminent threat. Louisville, Kentucky banned “no-knock” warrants, which are used to forcibly enter homes but can result in residents shooting at officers seen as intruders.

Kansas City, Missouri’s mayor committed to having an outside agency, such as the Federal Bureau of Investigation, review every local police shooting, seeking to address concerns about departments mishandling internal investigations.

Seattle’s police chief banned covering badge numbers, which help the public identify officers. Police said they cover badges with black tape to mourn the death of officers, but critics say it can be used to shield police misconduct. Amid public outcry over the police response to racial justice demonstrations, Portland, Seattle and Austin officials have curbed the use of tear gas on protesters.

In Europe, which has seen solidarity protests with Floyd, the French government also banned neck holds.

School administrators in several cities have canceled security services contracts with police departments after years of complaints that officers target students of colour and worsen safety. Schools in Minneapolis, Portland, Oregon and Denver were among the first to drop what are often called school resource officers.

Lawmakers for the District of Columbia voted to make it easier to hold officers accountable for misconduct, including the removal of the police officers’ union from disciplinary procedures.

Democrats in the U.S. Congress on June 8 proposed legislation to ban neck holds, require federal officers to wear body cameras, and increase independent oversight over departments. Republicans in the Senate, as well as President Donald Trump, announced their own legislative plans to address police reform and racial injustice.

U.S. Representative Justin Amash, a Libertarian, and Democrats Ilhan Omar of Minneapolis and Ayanna Pressley of Boston, said they plan to back a separate bill allowing civil lawsuits against police. It would reverse a Supreme Court “qualified immunity” doctrine that has largely shielded police from legal liability even when courts find officers violate civil rights.